9/27/15: Ironman Chattanooga Race Report and the days leading up to it.

Disclaimer: I wrote this after the race last year, and for the sake of time and getting this out before the race tomorrow, I haven't re-read the whole thing. My apologies for bad spelling/grammar or if it doesn't seem as well put together. Thanks for reading!

Thursday: Woke up Thursday morning, feeling good, ready, and excited for the weekend ahead. Loaded up the car, making sure I hadn’t forgotten anything. I then headed over to Neomonde to meet up with DeGaulle (D) before heading to Chattanooga. Arriving at 9am, I waited for a little while, started creating a play list on my ipod for the long drive ahead. When D pulled up, SURPRISE, he had Fred with him! This increased my excitement level another couple of notches, as I was hoping he would decide to come. We helped D load up what he needed from the bakery and by 10am we were on our way. Along the way we stopped a few times, mainly for food. About half way through the drive, I started hearing a squealing under my hood, great. The next stop we made was to a Cookout where we were going to eat, but they didn’t have any inside seating or bathrooms, so we walked next door to Chic-fil-A to get lunch and use the restroom. We were at least trying to eat somewhat good food. We went in search of a post office next, so D could send out a birthday card for his son that he meant to leave back home. When we stopped, Fred took a look under my hood, and concluded that it was indeed my belt making the squealing noise, but couldn’t see any major problems with it. Things like this make me glad I was caravanning out with someone, just in case anything were to happen. I called Chris to fill him in, and he just said that if the belt goes, I’ll lose power steering and all the lights on the dash will come on, at which time I should pull over. Fingers were crossed the rest of the drive. Thankfully, aside from the horrible squealing noise, we make it to Chattanooga without any issues. By the time we arrived though, it was around 6 pm, so too late to check in for the race. Instead, we did a quick change and went out for a bike ride on the run course. It was great taking it easy and just enjoying the scenery and good company. We saw an amazing sunset on the way back, just beautiful! By the time we got back to the hotel it was dark, so we went to go get some dinner at the Big River Grille & Brewing Works, then hung out at the hotel for a bit unwinding. Since the hotel room I had for that night was an HIE about 15 min away, I left around 11 or so, doing a quick drive past the other HIE about a mile away, that I had booked for the rest of the stay. I was a bit concerned whether the neighborhood was good or not after reading some reviews online, but it seemed fine, really quite actually, so I decided to go with it and cancel the other room for Fri-Sun. When I got to the hotel, turns out they didn’t have me in the system until Friday night, but thankfully they were able to get me in at the government rate. The woman that checked me in said that as long as I let them know before 6pm Friday that I wanted to cancel, that I wouldn’t be charged for that night. Sounded good to me, but I should have cancelled then; story on that to come later. It started to rain as I was bringing my stuff into the room for the night. I didn’t completely unpack as I wasn’t planning on staying there more than one night. I left my bike in D’s room, since it was already in there and it was right near the Ironman Village. All in all the room wasn’t bad, but getting in bed around midnight was a little later than I was hoping. We had decided to meet up around 730 am to go swim in the reservoir, so that wasn’t allowing me for much sleep. Oh well, to bed I went!

Saturday:  Hotel breakfast, not great but better than nothing. I get some food in my belly then try to figure out a timeline for the day. I grab all my gear bags and head over to the guys’ hotel. We plan a trip over to Walmart to grab a few last minute things, one being garbage bags. With all the rain, best to double bag so that the sneakers, bike shoes, and all the other stuff really, doesn’t get soaked. We also pick up a few things for the special needs bags. Kim and company continue shopping, so I go with D and Fred back the hotel to finish getting our gear bags together to take down to the transition area. Both D and I want to get a quick ride and run in before we check our bikes and gear in, which has to be done by 3pm. We run first, as D’s bike is getting checked over. We quick pick his bike up after the run then go for a quick ride over to my hotel to pick up a few things. Finally, we rode back to his hotel, finished putting our shoes in their respective bags, make sure we have everything then take it all down to transition. The whole drop off process goes really smoothly, and I remember to let some air out of my tires, not that it probably mattered much, but no point in taking the risk. It was a big weight off having that all taken care of. I called Kim to see what they were up to and if they wanted to grab lunch, but they had recently eaten, so the three of us went to a local place a few blocks from the hotel to grab lunch. At this point the tiredness really hit me for the first time since we got there. I really wanted a nap more than anything, and the situation with my car was still stressing me out. I still had to find a place to take it, and a way to get it there. Thankfully, Chris added me to his Allstate policy, so they were going to take care of the tow, but I couldn’t call them until I was within a half an hour of being at my car. Since we wanted to take a drive of the bike course, I had to wait. More to come on that later. Lunch was actually really good, and once I got some food and water into my system, I felt much better. We found out that the place we were eating at was closing for good the next day. I think it was called Sugar’s. That’s kind of sad, but I guess the owner has a couple other restaurants, so it’s not completely terrible. After leaving the restaurant, we head back to the truck and hit the road. Shortly after we start the drive it starts raining again, and we get behind some slow person. Go figure, we want to get the drive done so we can go rest and take care of other things, but we get stuck behind slow people. Oh well. The drive was very beneficial, and I’m glad we went, but by the end I was starting to get a bit car sick, which doesn’t normally happen, but hey, those are the breaks. About 15 min or so from the hotel I call Allstate back, and they send some guys out to tow my car. I decided to take my car to the National Tire and Battery about 10-15 min away, since they are open until 7pm, but also open Sunday to work on it so it would be ready Monday morning. I have 30 min or so to rest in the hotel room before the guys show up. When you think of getting your car towed, you think tow truck. Well, what pulled up was two guys in a small white truck with a tow dolly behind it. I was thinking to myself “WTF, hopefully that thing can get my car where it needs to go without it coming off.” I will say, the guys were nice, but they were not, based on looks alone, men that I would just get into a car with alone. Thankfully Kim and her mom were there to take me in their car and follow the guys over the NTB. I was surprised that they were able to get my car there, but we got there right around 7, and NTB was still open.  Went in and dropped my car keys off while the guys unhooked my car. I thanked them for their help and we headed back to the hotel. By this time, I really didn’t feel like eating much, so I had some Vitamin Water and a Fig Bar, not much more. Thankfully, D let me use the room he got for his son to sleep in the night before the race, since it was so close to the Village and easy to meet up in the morning. I grabbed all my stuff and Kim dropped me off at the hotel so I could get settled in. When Fred and D got back from dinner, I went down to finalize the timeline for the morning, then headed back to my room for bed. I slept so well, my only gripe was I wish I had slept longer. 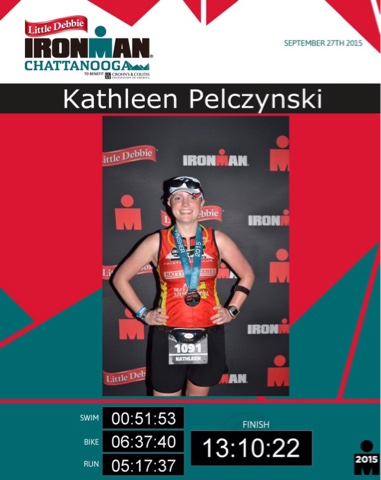 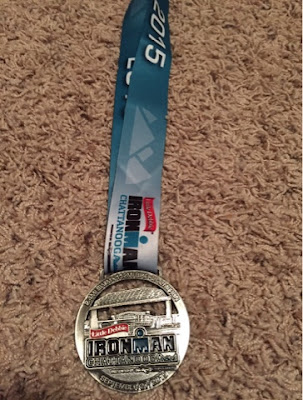 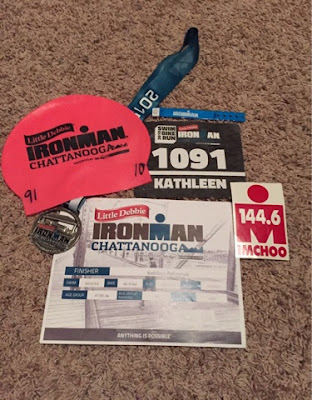 Email ThisBlogThis!Share to TwitterShare to FacebookShare to Pinterest
Labels: September 2015